Lindsay Rewcastle is no stranger to cricket. Having played first grade cricket for the Auckland Aces, Lindsay sat on the board of Howick Pakuranga Cricket Club (HPCC) for two years as Chairman, and is currently entering his second year as Chairman of Papatoetoe Cricket Club (PCC).

When he first joined HPCC, Lindsay says “too much time was spent on managing player memberships and reconciling subscription payments”.

The data was inaccurate and hard to maintain, he says, which meant the club struggled to manage their teams electronically.

Lindsay remembers their records were so inaccurate that when they implemented Friendly Manager, they actually found they had 200 fewer members than the old software said they had.  Moving to PCC, Lindsay found similar administration pain points.

Both clubs required multiple administrators to help with the membership and payment processes. “Managing payments was difficult and overdue payments were hard to track down”. Friendly Manager’s Xero integration makes it a far simpler process to reconcile payments and track fees. This integration directly resulted in reducing the number of hours spent on club finances.

For both clubs, implementing Friendly Manager also cut the number of administrators required from four down to two. That allowed volunteers to use their valuable time in other areas of the club The biggest impact Friendly Manager has had? Lindsay says for both clubs, managing teams and managing payments, with easy-to-use software. Previously, hours had been wasted trying to utilise software systems that didn’t work for the club, systems “that in no way are in the same league as Friendly Manager”.

PCC is currently in the process of onboarding Friendly Manager in preparation for the 2021/2022 season, and based on how things are tracking - as well as Lindsay’s past experience at HPCC - the onboarding process is well organised & responsive, he says. “The help desk gets back to you quickly - if there is anything they can’t handle, the issue is very quickly escalated to someone who can help”. 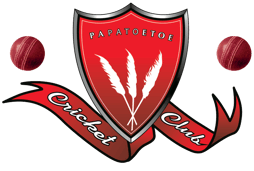 Start saving time this summer when it comes to your cricket clubs administration.