Should we use Technology in sport games? - we think it can! 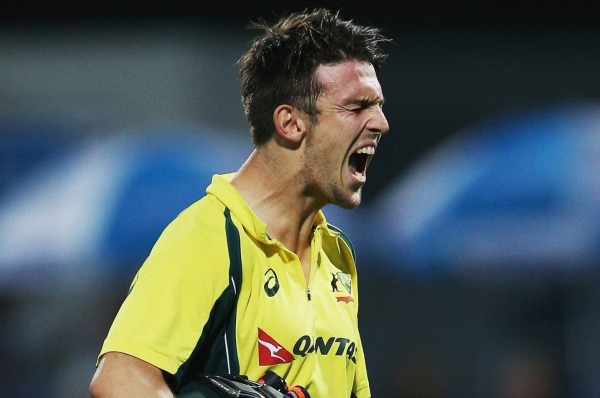 What a game - The Black Caps have won the Chappell Hadlee series but it wasn’t without a bit of controversy.

Yet again we have the same argument in front of us … Should technology be used in sport ?

Well as you can probably tell because I own a technology company my response to that question is yes it should.

Some people have said to me what if the shoe was on the other foot?  Well I ask you what is sport supposed to be about?

Now I know you can't take away money you can’t take away the fans or the hype after all that is what sport makes sport to be... especially international sport….But I do think that honesty in sport at the moment is at an all-time low, and it's really quite bad.

If we look around the world there seems to be corruption throughout the international sporting arena whether it is football, cycling, cricket or tennis and these are just the ones in the media at the moment. Sport is about getting the correct result it’s about playing fairly and for the better person or team to win the game or the event, without the use of drugs or cheating.

In my opinion technology in sport should be used because it is accurate, it is a way to make the game fair but it’s only needed because the honesty and the corruption in sport exists.

Let's just try this … Let me put you in the shoes of an international cricketing umpire when an LBW decision has been called.

You are standing in the middle of stadium with 10,500 thousand fans talking cheering, creating Mexican waves, and your job is to concentrate,

First you need to check the field and make sure all the players are in correct positions, you need to ensure there is no one obstructing the field, and that they are ready to play. Then a guy sprints in from behind you to bowl the cricket ball, you have no idea when he is going to bowl it but you know that it will be within the next 15 seconds.

So you get ready and you are now looking and listening with all the noise around you for 5 things, number 1 you need to ensure that his feet are not wider than the outside crease. Number 2 you are looking to ensure he doesn't put his foot over 5 cm line a few meters in front of you.  Number 3 you need to look up see exactly with in cm’s of where the ball has bounced, on a 20m piece of dirt. You then looking for Number 4, has the batsman hit it with the bat and if they don’t then does it hit the pads of the batsman. Number 5 you need to guess if it will hit the stumps, and this all happens in the matter of seconds with a guys who is bowling the ball at 150 km an hour.

Yes I know they are professional and they are paid to do the job, they train for this sort of thing… but the reality is that doing all that in a matter of seconds is an extremely hard job and the reality is that people are going to make mistakes, and now we have technology which makes the job a little bit easier so why don’t we use it more often…

From a guy who just wants to see all sport played fairly.

Get more club members with management software that rocks

Does your existing sport club management solution include pen and paper?If yes, we hate to say it –...

How to pick up members during slow months

We’ve all been there – struggling to get new members during the slow periods of the season – the...

You've read the title, all you need to become a successful club is to use Friendly Manager, that’s...