Friendly Manager allows you to take your motorsport club from amateur to Formula 1 level... almost. Manage your members, teams, automatically invoice, collect payments, communicate professionally and have full and instant financial insight over your club. 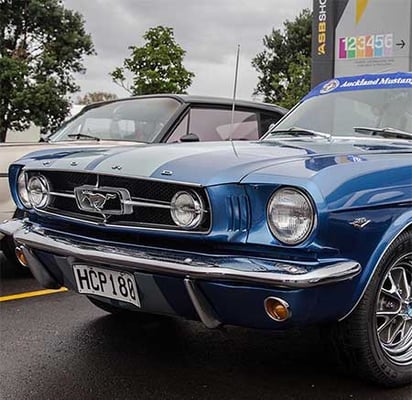 Auckland Mustang club wanted a platform to allow them to communicate upcoming event info with members. They also needed to be able to group different members within their club for different roles or communication.

Because of the 50+ age bracket of most of their club members, the system needed to be really easy to use, as they were likely to be doing a lot of the registrations on behalf of members!

They also needed the ability to record details of each car, as they are occasionally used for weddings and the like, giving them a simple on-hand database.

The club love the system so much they've referred us to other organisations in their line of interest, like Canterbury Mustang and Bay of Plenty Mustang  clubs. Friendly Manager now handles all their registrations and enables the club to have total oversight of their finances.

Key tools to help you

Reduce hassle and time when setting up registrations with customisable fields, allowing you to get the information your club specifically needs.

Friendly Manager’s powerful bulk email allows you to get your message out any time, from any device, sending and receiving to multiple users and groups.

At the click of a button, have an overview of all club event calendars with features such as public event registration, inter-club events and internal events.

Get back to racing, and see the true power of Friendly Manager.